Up until just a few years ago this technique required placing a stereotaxic frame over the patient, this frame is no longer required but it is necessary to have a reference system that enables locating the target. Medical imaging of the patient using a CT (scanner), magnetic resonance imaging, etc., enables defining the tissues in relation to a system of coordinates, in other words, a position in three dimensions of any point, thus enabling the location of any point using this system of coordinates. Over the last few years frameless systems have appeared which enable carrying out these procedures without the need to place a stereotaxic frame over the patient. This is done by placing fiducials (references) on the patient, this system enables considerably increasing the precision of the location, diagnostic imaging of the patient then usesd these references to enable performing the stereotaxic procedure.

Its use is mainly for the biopsy of deep brain lesions, especially small ones, even though the development of modern neuronavigation systems makes it more and more possible to take a biopsy of smaller and smaller lesions. For many years the stereotaxic frame was the system of choice for deep brain stimulation, surgery for Parkinson’s disease, dystonia, etc., even though there are now neuronavigation systems that enable performing these procedures without stereotaxic frames. 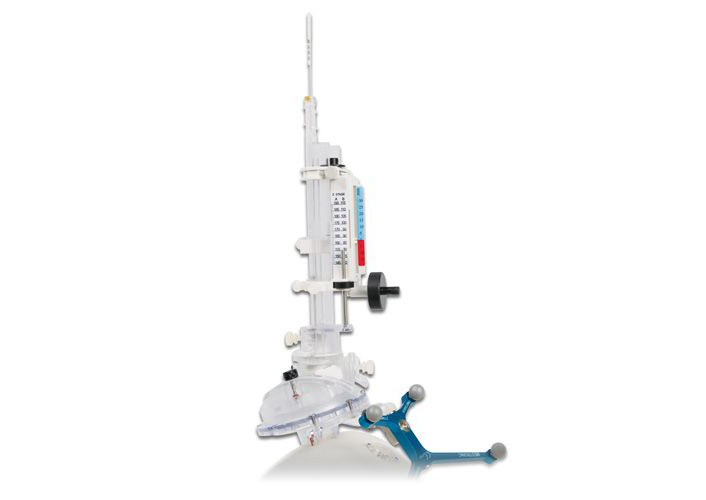